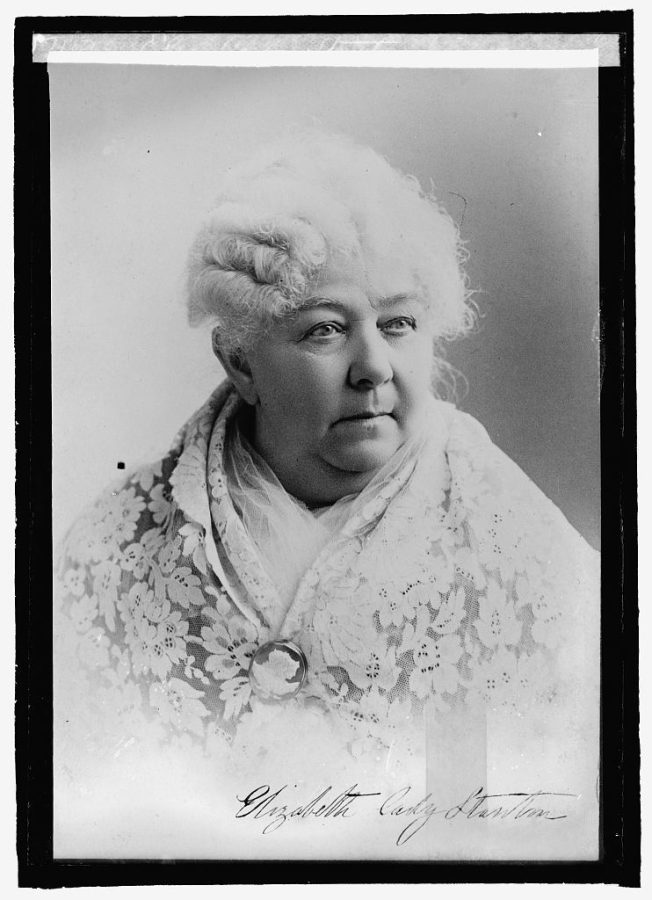 Photo courtesy of Library of Congress

Picture of Elizabeth Cady Stanton, who was a prominent leader in the movement for equal rights for women.

Elizabeth Cady Stanton was born on Nov. 12, 1815, in Johnstown, New York to Margaret Livingston and Daniel Cady. Her parents were prominent citizens, and her father worked as a lawyer at the time.

Stanton received a formal education at Johnstown Academy in New York and graduated at the age of 16. At the time, women couldn’t enroll in college, so she went to Troy Female Seminary instead, a postgraduate boarding school for women.

Growing up, she had been exposed to male-dominant fields of study, igniting her decision to help in the fight for equal rights for women. In 1839, she was introduced to the abolitionist movement, an organization dedicated to ending slavery in America. In 1840, she married Henry Brewster Stanton, a journalist and abolitionist, who volunteered for the American Anti-Slavery Society.

After Stanton’s honeymoon in London, she moved to Boston, Massachusetts, and had three sons before moving to Seneca Falls, New York. In total, Stanton had six children and continued as an activist for women’s rights in America.

In 1851, Stanton met Susan B. Anthony, and the two became co-campaigners for women’s rights. Stanton had less time to travel and instead focused more on the research and writing part of the movement. She published articles, essays, editorials, and wrote letters, speeches and addresses. Her famous “Address to the Legislature of New York” was a petition for equal rights for women in America.

In the 1860s, Stanton began to advocate for women’s rights at a more national level, including more equal divorce laws for women. Stanton also helped to form the Women’s Loyal National League with Susan B. Anthony, to fight for the 13th Amendment to abolish slavery in the US. In the 1880s, Stanton also helped to co-write History of Woman Suffrage, and also helped to write and publish The Women’s Bible. Stanton’s colleagues at the National American Woman Suffrage Association were displeased with her publishing of The Women’s Bible, which quickly became a bestseller, but nevertheless, she pushed on with her passion for the women’s rights movement. In 1898, Stanton also published her autobiography, Eighty Years and More.

On Oct. 26, 1902, Stanton passed away from heart failure. She never gained the right to vote in her lifetime, but Stanton left behind a feminist legacy that pushed the women’s rights movement even further. Her torch was carried on, and on Aug. 18, 1920, the 19th Amendment was passed, guaranteeing the right for women in America to vote.