Clubs get together to help people in need. 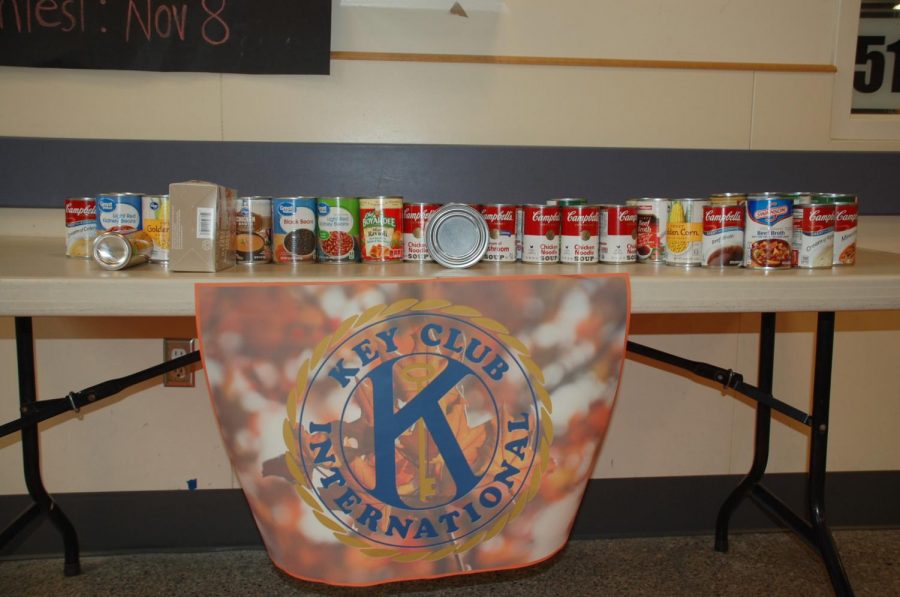 Can you imagine a world without hunger? The food bank helps people who are unable to work, parents with children who are sick or those who are homeless. A few donations can help feed over a thousand people so your donation does and will make a difference. If we all had that kind of mindset then there would be little to no food and what good would that do for our community.

During the holiday season, it’s hard for some to even come up with necessities like food and clothing. That’s why the school holds a food drive that any student could donate to. It’s a way to give to the community and help the less fortunate. Can-struction was a great way to advertise and support the food drive.

“It helps a lot of people who maybe aren’t able to buy their food or people who aren’t so fortunate,” Senior Link Crew member Blaine Baker says.

Lake Stevens High School clubs created a fun way to support their local food bank. Using all the food donated during the school-wide food drive, three school clubs each created something to represent their clubs.

Three clubs’ construction skills were tested: Key Club, who created a key using the food; Link Club, who made a pumpkin pie; and Garfield Club, who built the face of Garfield. They all had a friendly competition to see who had the best creation. Students were able to see each construction during all three lunches on November 8. Then they could vote on which one they thought was best using the LSHS Superfan App.

“Can-Struction was an idea that we thought could help raise awareness for the food drive. It was a fun way to use all the cans instead of them sitting in a pile,” Career Specialist Kim Lafortune said.

In the end, Garfield Club was voted to have the best construction and was given a trophy to show for it. However, all the competition was for a good cause, and Can-Struction is an example of the many things the school does to help students and the community.