The VSCO trend, just a style or a way of life? 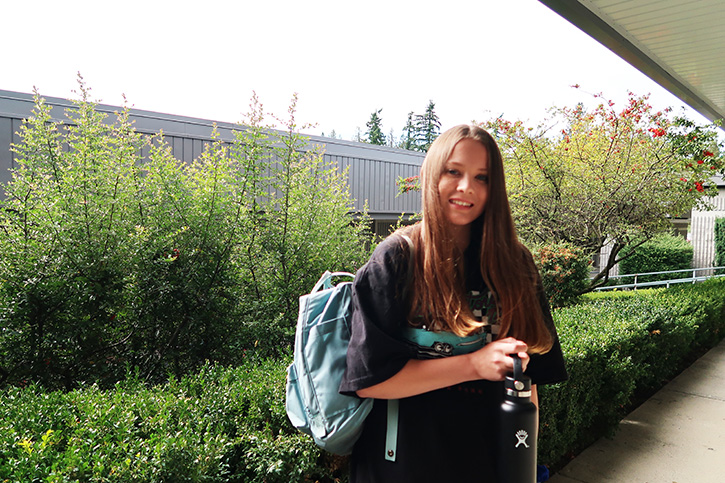 Let’s talk about the VSCO trend. Sure we’ve all heard of VSCO girls with their scrunchies, Hydro flasks, shell necklaces, Kånken backpacks, metal straws and of course the verbal “sksksksksksk and I oop.” This latest viral trend has brought its own ups and downs along with a few questions.

Some people welcome the VSCO trend with open arms while others don’t. Some people love it because they’ve already been dressing that way prior to it becoming a trend, but others dress up VSCO just to poke fun at those who dress that way. Let’s examine the VSCO trend.

First off, let’s take a look at our school. LSHS prides itself on togetherness and acceptance. When we don’t accept a trend (or anything different really), and we make fun of it and put it down; does that show unity? Many think not.

I personally am a firm believer in treating people with respect and not making fun of others just because they are different. I feel like with all these style trends like the e-girl, VSCO girl and soft girl need to be accepted by the world. Everyone is different and that’s okay. We need to accept everyone for who they are and how they want to dress.

People shouldn’t have to feel like they can’t dress a certain way due to the fear of being targeted and teased. As a school and even a community, we should be welcoming to all differences.

“They’re still a person, just because they dress a certain way doesn’t mean you [should] judge them by what they wear,” senior Hadja Sylla said,

“Some people wear it to make fun of other people… I think that needs to stop because it’s unfair to the people that actually like dressing like that and it kinda discourages them.”

We shouldn’t make fun of people because it’s not nice to anyone.

“Some people feel that calling others a VSCO girl is an insult, but I just think that it is identifying a lifestyle and an aesthetic,” senior Cassidy Mclntyre said.

It really just is a label for a way some people dress, yet again going back to e-girl and soft girl. People really shouldn’t care what others think about them, but the truth is that sometimes they do, and it could be hurtful to some.