Graduating students at LSHS decide to join the arts in college 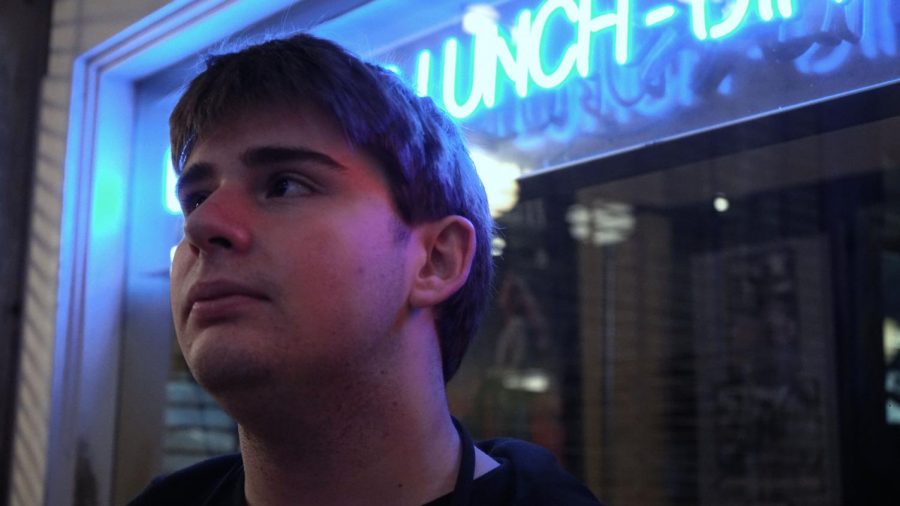 BRIGHT LIGHTS: Senior Harrison Orr snaps a photo of sophomore Taylor McCallister Seattle at Pike Place Market. “I took three of my friends down to Seattle for some nighttime photography. I specifically chose Pike Place because of all the neon lights,” Orr said.

Senior year is all about figuring out what students want to do or who they want to be. It’s a time of reflection, but also a time to peer into the future. The most important thing when making the decision of choosing a career is keeping in mind what makes that person happy. That is exactly what these seniors did when choosing to go into the arts.

Many of the seniors in the drama program will be continuing their passion for theatre. Senior Jessica Maldonado will be attending American Musical and Dramatic Academy beginning in the fall, which is a college completely focused on drama, acting, etc.

“I’m just excited that I’m going to school for something I actually want to learn,” Maldonado said.

Senior Shannon Lavelle will be attending Arizona State University, where she plans on majoring in vocal performance. Lavelle has been participating in drama for many years now and will now focus on singing entirely.

Senior Gabriela Soto will be attending Brigham Young University, where she will be studying musical education. Soto has also participated in drama for many years, and was an assistant student director for the spring’s school musical, “The Fantasticks”.

“I feel like it would be such a wasted opportunity to go to college and not study music. Music is very important to me, and I want to keep it in my life,” Soto said.

Senior Emily Grieser is on their way to Portland State University, where they will be majoring in music production. Grieser has a love for music that they have shown throughout their four years of drama at LSHS.

Other seniors have their focus on other sections of the arts, such as photography. Senior Harrison Orr will attend Mesa Community College and pursue filmmaking. Orr is known for his love for photography and videography.

Some choir and band students also plan to study music after high school. Seniors Carson West, Henry Langerveld and Ethan Moll will attend Shoreline Community College and plan on studying music production. These three began a band this year and have since then produced two albums. Their passion for music will carry them throughout their college years.

Whether it be singing or acting, these seniors found their calling and dedicated themselves to it. Each and every one of them will now get to do what they love most for many years to come.